Yeah, here it comes. So it's probably gonna get
this severe thunderstorm. We don't really need it anymore. We've got enough rain for,
in the last couple of weeks. (pounding raindrops) Cali, come on in, pup! Come here, come here! Do you like the rain? (pounding raindrops) What are you doing there? (tool scraping against plastic) (rocks scraping and thudding) (raindrops pattering) (rocks thumping and scraping) (tools scraping) (hammer thumping and clanging on metal) (tool scraping) (water splashing) (sponge scratching) I want to thank everybody
for the amazing response you gave me on that last
video, last Friday's, the one where I got hurt,
where I cut my finger.

Just looking at the stats right now and, what time is it,
12:30 on Monday afternoon, posted that video on Friday. So there's 162,000 views on the video, which is probably a
little bit below average, but 1901 comments and 23,000 thumbs up. I just…I'm overwhelmed by the response and what you guys were able to do for me by interacting with that video. And just really, really overwhelmed and I really, really appreciate it. That's incredible. Like the previous one, for example, you know, you got, Why
a Cedar Shingle Roof, like i see how the pavilion roof from the previous Friday
has 180,000 views, 821 comments and 8400, 8430 thumbs up.

So compared to 23,000 thumbs
up on that last video. So that helps me because
it encourages YouTube to share that video with more people. Excuse me a little bit. So it encourages YouTube to share that video with more people because they assume you
guys like it that much. I'm hoping you did. I hope you didn't just hit the thumbs up because I asked you to. I hope you did actually enjoy that video. And like I said, I
really, really appreciate that you were able to thumbs
up and a few of you subscribed who said you'd never
subscribed to a channel before, or you just didn't feel
compelled to in this case. So, like I said, I just feel overwhelmed and I really appreciate it. You know, when I got up this morning, I had a hard time getting out
of bed and getting to work because, I don't know, it's
just a couple of hot days, it's been brutally hot this
summer, it's the end of August, and temperature outside today is plus, over 30 degrees celsius, which is over 90, and with the humidity, it feels like 41 degrees out today.

And it was not much better yesterday. So I cut all those logs,
or those butt ends pieces for the floor of the kitchen. And I just got so tired,
so exhausted from the heat by the end of the day that
I didn't do much last night. So I'm having a bit of a hard time with motivation right now. I think it's just the seasonal thing. It's working on one project for too long. I'm just a restless kind of guy. I'd like to get out and explore, I haven't done as much of that this year. My wife and I have not
got out much on the water together with my daughters, or, and I haven't done any
solo trips on my own.

So I'm a little bit restless, so hard time getting motivated. But things like that, things like the response that you're giving me really encourages me to keep
going and keep, you know, get up and do something
productive every day. But the fact is that I do feel some responsibility to you guys. I feel like, that if I don't do something interesting with
my life, I don't film it, you don't get to watch it on Friday and you don't get to be
entertained or learn something, which I hope I'm doing
one of those two things.

So sometimes, yeah, it
is hard to get motivated, but I have to tell myself to get up, create some content for you guys, but also continue to develop this place into a habitable, comfortable
home, especially for family. I've said it many times, I
could easily live like this, just with what's already
been here, on my own. But the reality is, over time, I think I'd probably get
a little bit bored with it or feel like I'm missing
some of those comforts.

So this solar system that I've got with the lights behind you here is one of those things I'm
starting to appreciate. So now I'm thinking, okay,
what little things can I add, electrical-wise, to power
stuff can I add here to make my wife more
comfortable, at least. And mine, because the more
comfortable I get this place, the more she's gonna want
to spend time here with me instead of me being here
alone a lot of the time. So motivation, it comes in many forms. And it takes some effort to
maybe find what motivates you. To me, right now, motivated
by you, my family, but also the season coming to an end. So I love the transitions, I like, I get a little bit bored
with the hot summer and then I look forward to fall. When fall arrives, the cool
weather, the beautiful scenery, I get motivated to get
things done around here, especially now that winter's coming. 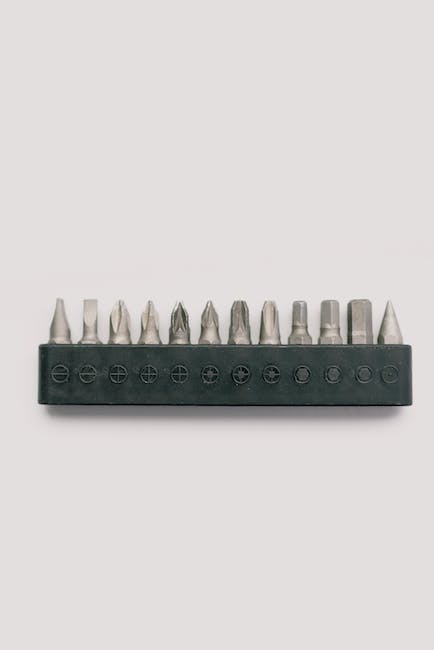 So getting all the firewood stacked up in a neat pile, kind of near the cabin, finishing off the kitchen completely so that I can cook in it, and
be sheltered from the snow, and get that next building started before the ground freezes. So I wanna get that foundation
in and the walls, at least, and then I can probably tarp the roof so that I can work inside all winter. So yeah, just tired this morning
and needed some motivation. So my wife gave me some
good advice this morning and you guys got me
motivated by the response that you gave me on that last
video, so thank you for that.

So I'm having a fun time
doing something different. So with this heat outside, I didn't feel like working in the bush, cutting at logs or trees or anything or working on the
kitchen, so working inside and attempting this stonework, which is coming out much better
than the kitchen stonework, at least, so I'm happy with that. Anyway, gonna finish up
lunch and get back to work. Thanks. (water splashing) (sponge scraping against stone) (tools pounding) So, I'm regretting doing
something different on this wall, including using mortar
instead of the clay and sand that I used on the other walls.

That stuff is a lot more flexible, it seems, it's not cracking. This is way too thick and it
wasn't sponged when it was done so it's pretty rough, so now I need to straighten out the lines
by chiseling it straight. And then when I do that, I
might have to clean the logs, might even have to sand them a little bit. So I don't know, I've
created more work for myself. But I want this interior, especially, I don't care too much about
the full exterior look, but in here I'd like it to look a little bit neater, cleaner. And then when I end up staining
or clear coating the logs, if I ever do, then that mortar
will stand out even more. So I want it to look as good as possible. And I want to finish this wall right now so that I can get the coat hooks back up so I can hang my clothes
instead of having them lying all over the loft up there. I think the right thing to do here, and I'm no stone mason, as you know, but I think, intuitively,
I'm thinking that I should stop at this point and
finish this tomorrow.

Let this mortar set up
and, well, mostly that, let it set up so that
it doesn't keep settling and all the water drain out of it. I'm just thinking that with all the weight of all these stones as I
get higher, compressing, it's probably forcing
some of the mortar out and weakening the joints, I think. Tell me if I'm wrong, but
that's what I'm going to do. I'll stop at this point and
then tomorrow morning I will mix up another match of
mortar and get it finished. I can't, well, I could, I guess, but I'm too nervous if I bring
this wall up full height. I just think it's going
to be too much weight bearing down on this
gravel and flagstone pad that the stove was sitting on.

And I have some nails
every foot or so going back like long spikes back into the wood wall. I'm afraid that all this weight located in one spot in the cabin is going to cause everything to sag. So I don't wanna go up too
high and add that much weight. So I'm going to bring it up
sort of up to mantle height, maybe somewhere in here. I want to be able to
see it above the stove, so maybe to here, and
then from there to the top I'll fill it in with a piece of some kind of decorative metal. Still gonna need that, the
reflector to stop the heat from the stove and the
pipe from burning the wall. So I need something there with an air gap. So I'm gonna bring the stone up to here, put a piece of metal, I think,
well, I know that'll be safe.

But I hope it looks good too. (broom scraping against floor) (tape measure rattling) (dog panting) (saw rasping against wood) (hammer pounding) Thanks for watching that video. I'm gonna wrap it up right now. I'm starting to feel the
pressure of winter coming on. I think what I'll do is just work a little bit longer each day, try to get some of
these things wrapped up. So I'll make short videos
and I'll upload those a few times a week, so two,
three, four times a week, something like that, instead
of the long Friday video. So if you're watching this on Friday, make sure you go back and see if there's any videos you
missed during the week or tune in in the next
two or three or four days between now and next Friday. I'll probably do this
schedule for maybe the fall until things slow down
again in the winter. Just, like I said, so that I
can get lots of things done around the cabin here. So I'm gonna go make dinner right now, but nothing interesting, I'm just grabbing some
stuff off the shelves and I'll make some bean or rice
soup or something like that.

Tomorrow I've got some
nice duck breast, though, so I'm gonna make those,
grill them on the barbecue, and make a blueberry sauce
or something to go with them, and some wild rice. So tomorrow after breakfast
I'll get started right away on the hearth, the stone
back-splash behind the wood stove so that it has time to
dry before I get the stove put back together and back into place. I'll clean that chimney, as well. So that'll be in the next video,
me finishing that wall off, cleaning the wood stove,
cleaning the chimney out, putting it back together,
getting it in place. So lots and lots of
stuff going on this fall. And hopefully I get
enough done and prepared so that I can work inside one
of the buildings all winter. So thanks for watching that. I really appreciate it and
look forward to seeing you up at the cabin next time.