Hi, it’s Jenny, from the Missouri Star Quilt
Company. We have a fun project for you today. We’re going to take you from start to finish
through a baby quilt. We’re going to have four segments in this quilting project and
the first one will be putting the top together, the second one will have to do with borders,
the third one will have to do with how we sandwich our quilt together, so that it’s
ready to quilt, and the last one will be on the binding. For those of you who have quilted
before, this is a basic beginning quilt, but it will be good to brush up on your skills
if you want to watch it. So the first thing that we’re going to do
in the first part of this series is we’re going to choose a Charm Pack, and I have chosen
this Chickadee Charm Pack from Robert Kaufmann. It’s an adorable Charm Pack. The front piece
doesn’t do it justice, but I will show you how I lay this together.

What I do with a
Charm Pack is, I open it up, and when a designer designs these they generally separate them
into colors, and so that’s what I do when I put them out. This one has pinks, and from
pink to white, yellows, blues, and some greens, and I just separate them into piles. Some
of these are a little bit mixed around. Let me see if we can straighten them out a little
bit. We’ve got a white one over here, and the reason I do this is so that when you lay
them out you get all different colorways, so that it’s a good mix of color.

I’m going to try and explain terms and things
that I use. So what we’re going to do, all these fabrics are going to be different, so
we’re going to take them, theres forty squares in here. So, what we want to do is we want
to figure out how many we can get wide and long, and six times seven is forty-two so
that’s actually two squares extra. So, if we go the next smallest, six times six is
thirty, six times five is, ooh, now you get to see all my mathematical skills. We’re
going to try and do close to a six by seven and we’ll see what we end up with. We might
have to add a couple more little pieces, but this’ll give us a good size. So, we’re
going to lay them out six across. We need to get a pink up here. So, one, two, three,
four, five, and six. So, that’s a good mix, we’re just going
to lay these out.

OK, so here we are at the machine and to explain
chain piecing, it’s when you sew groups of squares together without cutting them apart.
So, we’re going to start here. These are lined up, we’re going to sit them in here
under our ¼” foot and we are going to sew along, ¼” and then we don’t cut it, we
just fit the next two in, and that is chain piecing. Since we don’t have to back stitch
in quilting, because all of our seams are enclosed in another seam, it just speeds up
the process a little bit. OK, now we’re done with our chain piece and you can see
why it’s called that. It all comes together in a chain, and you really don’t want to
break this up or forget where this is because this is your order, that we picked them up. So, we’re going to go over to the ironing
board now and we’re going to press. OK, so now we have these laid out here on our
ironing board. We grab them two at a time we chain pieced them together, and we’re
just going to press them open, and what you do is you want to set your stitches, and then
you want to open this top piece and just set it on there.

We don’t do a lot of wiggling,
ironing. We mostly just do pressing. So, let’s press that seam, and then iron it. Press it,
when you press it that sets the stitches, and actually I’m not exactly sure what that
does I just know that it sets the stitches, and that’s what I’ve been taught! So, there we have all this pressed. So, remember
my blue was at the bottom, in the corner. So, we’re going to snip that and lay it
out, and the next one will come there and we just want to make sure that all of our
colors still blend and that we don’t have colors like two yellows right next to each
other, or two stripes like that. 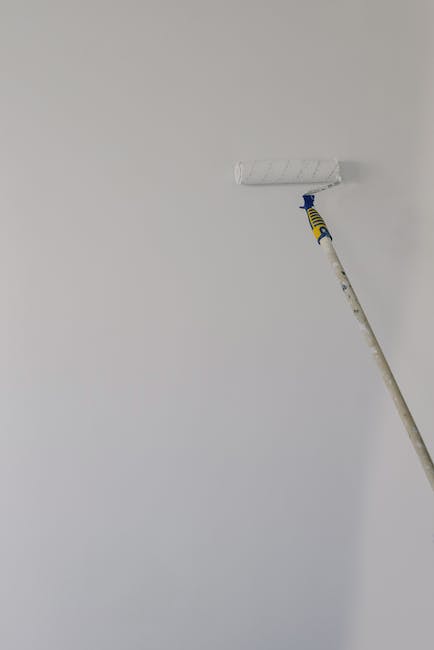 So, we’ll move that, and this is a good stage where
if something doesn’t go right, it’s easy just to move it around and make that change.
So, it looks pretty good though, we have one more here. Alright, that actually looks pretty
good in the mesh of things, and I think what we’ll do is go ahead, and do the chain piecing
on both of these sets as well, and then we’ll start putting rows together.

So, we’ll meet
you back here in a few minutes. I’ll do this piecing. OK, so we have all the segments sewn together
in sections of two, and you may notice that they’re in a little different order. I just
moved them around a little bit, so they were aesthetically pleasing to me. There is no
quilt police in quilting! That’s one thing you have to remember, so, you may find a better
way to organize how you sew your strips together and things like that. None of that really
matters, it just matters that you get that ¼” seam, and you get that top together.
So, now we’re going to start doing it in rows. This is how I do it so I’ll take these
two, right here, and I’m going to attach it to here, and then I’m going to attach
this one.

So, we’re going to do them in long rows this way. So, let’s go ahead and
do that. OK, so now we’re sewing the edge of this
row together, ¼”, and you’ll notice that these little squares, they’re pinked on
the end, and I generally go from the outside edge. I don’t think it really matters as
long as you’re consistent. So, what we’re going to do now is we are going to, I think
I might have this backwards, we’re going to lay this out and we’re going to sew this
end piece on here, so we have the whole row.

And then we are going to press all of our
back seams going in one direction, and I’ll show you why that is important in just a second.
OK now what we’re going to do is we’re going to iron all these seams going one direction.
Some of them you’ll have to coax a little bit. We don’t want to do too much moving,
and the reason we’re doing this is so that when we put our rows together the seams will
nest together. Which means they’ll just fit right in with each other, and I’ll show
you how to do that in a second. OK, so now we’re going to take this one row, and we’re
going to lay it back down on the counter and make sure all the squares still blend, and
we don’t have to many greens or pinks together. So, now you can see that this is all together
it still looks good with the bottom squares. So, we’ll sew another row together, and
then I’ll show you that nesting. Now you can see on this that we’ve ironed the seams
going that direction on this row, and this direction on that row.

That is so that when
we put them together, top to bottom, see these little seams on this edge will just nest together,
and that will give you nice sharp points, and so we’ll go ahead and sew this row together,
and nest those seams. Now, if it makes you feel more comfortable you can put a little
pin at each juncture. I would do that if I were on a bigger quilt. These little squares,
I think I can keep them straight. So, let’s go do that. OK, so as we’re sewing along on our row
we’ll fit these quilts. Nesting means laying right close to each other. So that your seams
match up, so that your corners are sharp, and nesting also reduces the bulk of fabric.
See, you have that seam going that way, and that seam going this way. If it was all going
this way all your bulk would be on one side. So, we’re putting it on each side, and we’re
going to sew that together. You can pin it if it makes you feel more comfortable.

So,
now we have our rows of two sewn together, and we’re going to attach these together,
and our quilt top will be done..