Home Homesteading We Have BLUEBERRIES at the Homestead!

Good morning, everyone. We
have a lot going on today. We have the rain barrels
and the IBC tote delivered, coming up right now here
on the Epic Homestead. Ooh, there we go. There's
that tote. And here she is. Look at this beautiful, beautiful
beast. Black to prevent algae, 275 gallons. Welcome to the void. All right. We have our IBC back here, obviously a little bit
of a gap to connect here, but I do have some extra downspout
right there.

So I'll probably use that. Let me show you the setup
here. We've got the shed one. This is a little low so I'm going to
use some tin snips and cut this up. Get an elbow to get into
here. Over here we've got, this one's not going to pull a bunch
of water but there is drainage off of that. And so what we'll
need to do is again, throw an elbow and a little bit of
extra down into there. And then finally, Jacques is doing some artichoke action. We've got the front terracotta is
going to be coming again right into here. Transferring in water from
the trash can into the IBC. Whoop! Reminds me of
that tornado experiment. Filled up most of the IBC tote but now
we're turning our attention to the garlic patch, which has been needing
to get planted for awhile. So we picked up some mushroom compost,
which is not what it sounds like.

Most people think, oh, it's just
a bunch of mushrooms composted. No it's wood shavings. There's actually probably little bits
of mushrooms you can see right here. It's just the substrate,
the leftover substrate, Jacques is pulling it up right there.
Yeah, you can see it. So it's pretty, I would say it's pretty good. Yeah.
Yeah. Pretty good. Yeah, it looks good. It could be, it could probably
be. Yeah, it's organic matter. It could probably be a
little more broken down, but that's fine cause we're just
going to top dress on the garlic bed.

But the first step is to actually
reveal what's underneath. Here we go. Let's see what we got. I'll pull some
off. Maybe, hopefully nothing. Yeah. Let's, we're hoping nothing. A
lot of good rains lately. Yeah. Look at that. Got some sprouts.
These are all the weed seeds. They're all sprouting. Yeah. They're
clearly not going to make it. Yeah. We're going to let those roast. I mean,
these are stretching for the light. Look at how small these little
devils start out as. Yeah. I mean, those are just a smother and smother
and top dressing. They'll go away. You could, I guess hit it with like a
flame weeder, but no real need on these.

All right. The rest of the
paper is off. See the magic. That's why you keep the cardboard
graveyard, so you can do stuff like this. Pull this off. Oh yeah.
This looks good, man. Yeah. That's not much at all. All right. Even a little bit of –
that's definitely Bermuda. So we might want to try to dig
that up. Yeah, we're going to, we're going to dig that up.
But these honestly look, you got the root so that's fine.

So we'll take the rest of the Bermuda
out. So I just took the broadfork through. Didn't actually overturn it
like we did with this bed. I just wanted to loosen it up a little
bit more. It'll accept some more water. We're going to take the compost and top
dress this whole thing after we smooth it out. Bed is now nice and smooth
thanks to the Corona bow rake. And Jacques is about to do the big dump. Here we go. Let's go.

It'd be impossible
without the double wheelbarrow. I'm telling you, the double wheelbarrow
IS number one in this garden. It is such a clutch thing. Here let me
help you get some of that out. Yeah. Good stuff right here. Oh, it's
all over my shoe. There we go. Now it's just spreading this out, wetting it down and pretty soon
we'll put the garlic in. Alrighty. Just wetting this down,
making sure it soaks up a lot. This is an extra maybe two or
three inches on top for the garlic, which is going to give
us a little extra cover. Especially in a hot climate cause
I'm growing a lot of hardneck garlic. So we're probably going to want cooler
soil temperatures for a decent amount of time. And that's what this is for.
Alright, it's blueberry time now. These need to get in the ground. They're
going to go in these pots actually, not in the ground. So the recipe,
60% of azalea camellia mix, aka an acid mix. Then you've
got some micro bark, about 10%.

And then the remaining 30% is going
to be just a solid potting mix. Like this one right here. We're going
to mix it over in that Birdies Bed. So we've got three bags of the azalea
camellia mix. That's all going in. That's 4.5 cubic feet. We've got about
two cubic feet of the happy frog mix. Then we're going to use
half the bag or roughly 10%, 0.8 cubic feet of the micro bark.
And then grab that Berry-tone, Jacques.Toss that over here. We're going to put some
Berry-tone in because why not. Exactly what these
blueberries are going to need. We're just mixing it in the Birdies 8
in 1 because it's the only basin we have to mix in. But after that, we're going to pot them up in these
beautiful terracottas and I'll show you where we put them. We've got our four blueberries
here. I've got peach sorbet. I have emerald jewel and I
believe the last one is sharpblue. 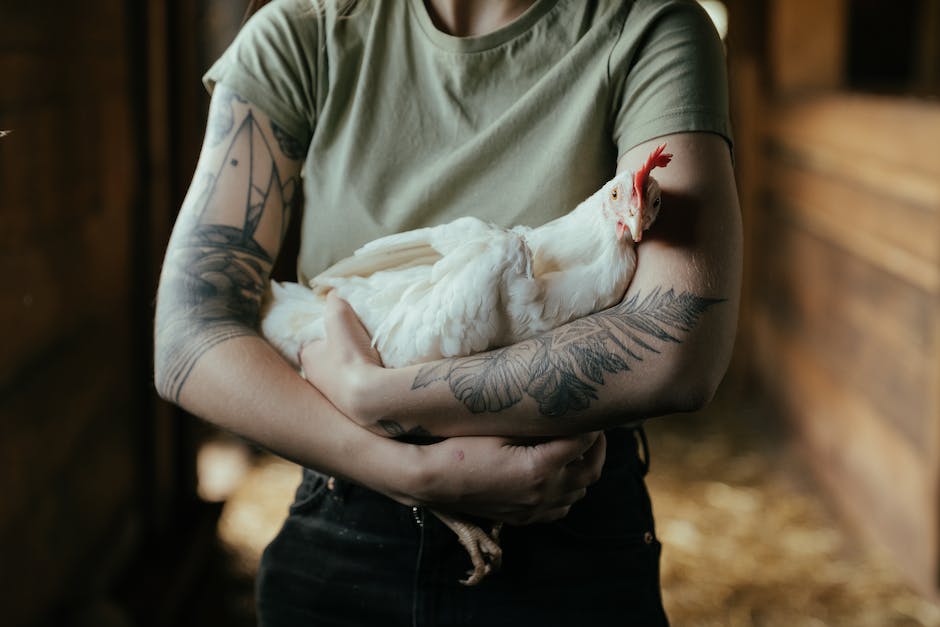 I was looking for an
Avonblue, couldn't find it, seems like peach sorbet is going
to be a viable alternative. All of these are low chill hour
Southern high bush varieties, which is pretty much the only blueberry
you can get away with down here in Southern California. So now we are going to redo
some blueberries here at
the new Homestead with the mixed soil. And they're going
right next to dragonfruit alley, which I think is going to give them
sort of a maybe 11:00 AM starting sun exposure, which protects
them at least a little bit.

It might be nice to have them
get some afternoon shade. So I may end up pushing them closer up
this way because the shadow hits a little later in the day. We'll see. That's the
beauty of growing them in containers, especially here in So Cal, as you can move them for
growing conditions and you
can customize your soil like you just saw us do so.
In with the soil mix, I'll tell you no need for
a snow shovel for snow, but for moving a lot of material
it's really good.

In with the emerald, no, this is sharpblue. Nearly
evergreen in mild winter climates. That's what we want. No real problem here with the roots, the
roots haven't even made it to the side. So there's really no need to break
it up, I don't think. Aced the test fit. Yeah, there we go. Alright, in with a little more. That's
tagged so I don't need to label it. On we go. Last step – unnecessary, but probably recommended – is
to just add some kind of mulch. We have the micro bark already.
We know blueberries like it. So we're just going to top off
some micro bark mulch here. All right we're gonna. Water them in. And we've got
our blueberries ready to go. I'm really excited about them because
these should be three plus year plants in this pot. And again, not optimal in our area to grow them
inground. So we'll see how it goes. The blueberries are done. They're
looking amazing. Let me show you. Ooh, that's looking nice! Probably going
to have to even it out a little bit.

But the dragonfruit has a little bit
of cactus rust so I have some copper fungicide here. I'm going to show you the cactus rust
first and then I'll show you how to spray it. So these little spots right here, it's these little sort of orangy spots
– that is cactus rust and that will decimate slowly the dragonfruit. So again, copper fungicide will take care
of it pretty quickly actually. So you just want to hit it with
a spray and you're good to go. I'll show you. There's
another area over here. There's a little bit of it here
with some of these spots. So again, just hit it before it gets
out of control, cause it will. So you want to make sure and scan every
single side. We're good on this side, but it's not going to hurt
to give it just a little bit. And I'll come through and do the rest. I got to say it is coming together
back here in the backyard. Oh, I forgot to show you
this guys.

Take a look. I put the giant runner
beans in the ground here. I'm using a Gardener Supply Company
Vertex tomato cage actually. But these, the genetics of these will grow a massive
bean like Jack and the Beanstalk style bean. Boom, up here, very,
very pleased with that. Yet another day of chunking
away at some small tasks here on the property. Man, I'm really excited! Things are finally starting
to come together a little bit. We've got all the raised beds.
We've got all the rain barrels, although I really don't know how
sold I am on this, this barrel. It's a little bit, eh, it's a little
flimsy. This entry point. Look at this. I mean, this was just like
completely off center drilled, pretty unprofessional in my opinion.
And even with a downspout coming in, at least have it depressed a little bit
so the water can get in there.

I mean, come on guys, it doesn't
make sense. However, some other miscellaneous work that got
done today. In the artichoke patch, Bermuda, you can see, it
was beating on the gates. Some of it had made its way through
so what we did is just clear this out, ripped it all out. It's going to come
back. It's the nature of Bermuda, but at least something happened there. We've also started to clear out
this bed right here. So in the back, I've taken out the two large
Greek columnar basils right here. We actually cleared out this cabbage and
kale. We had creeping aphids. I tried, tried, tried to get the aphids
off of this. It did not work. And so I stopped it. It's like, almost
like a little quarantine wall right here. Killed them, moved them out. And then these I'm gonna harvest as
quickly as I can before we replant it. But man, is it not looking good right
now, guys? Is it not looking good? And it will look even
better once it grows in.

Lots of small progress done
today. I'm up here on the roof. I like to come up on my own roof
and take a look at the sunset. So, we've got solar hanging out in the back. I will do a full update
pretty soon on the solar. I have almost a monthful
of data. So that is coming. The short answer is it's been a great
investment and I don't think I will have an energy bill, at least at my
current level of energy usage. But let's enjoy the sunset
guys as we leave today's vlog..

They Are Growing In The Compost Pile! – Homestead Tour